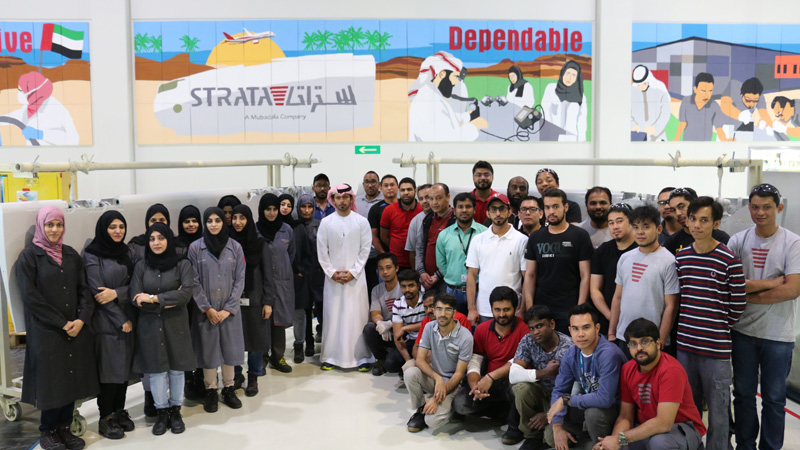 Ismail Ali Abdulla, Deputy CEO, Strata Manufacturing said: ““This year has proven to be significant for Strata. Following the additional deals announced at the Farnborough International Airshow last month, we are delighted to announce the delivery of the shipsets to Airbus. We continue to focus on growing our customers confidence in Strata’s capability to strengthen our position in the global aerospace industry – continuously delivering high-quality components in challenging timeframes. ”

The Strata Aileron program accounted for 26% of the company’s total revenue by the end of the second quarter this year, which reached $52.2 million compared to $39.2 million during the second quarter last year. This latest achievement is in line with Strata’s vision to become one of the top composite aerostructures manufacturing companies in the world.

In recent years, Strata has expanded its portfolio of products and capabilities to drive its competitive position and the development of its global value chain, to service the worldwide aerospace community.