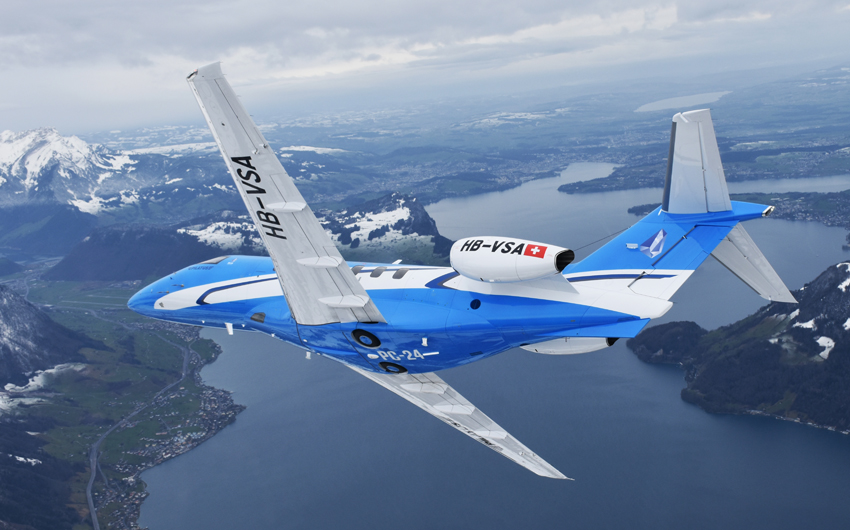 The new agreement will see Strata manufacture PC-24 flap track fairings and comes exactly a year after the two major manufacturers signed a landmark partnership on the PC-24. The expanded deal positions Strata as the major supplier of both belly and flap track fairings for the world’s first ‘Super Versatile Jet’.

Commenting on the new contract award, Ismail Ali Abdulla, CEO of Strata, stated: “During the past 12 months, Strata worked diligently to ensure the smooth delivery of the belly fairing for Pilatus’ ground-breaking aircraft. Our production and delivery track record have exceeded expectations and, ultimately, led to the award of this new work package.

“Pilatus is a key customer of our global partner network and this extended agreement highlights Strata’s advanced technological capabilities in the global aerospace supply chain – including our UAE-made components.”

The first flap track fairings – designed to cover the gaps between aircraft parts to reduce drag and improve appearance – will be delivered for First Article Inspection by the end of this year.

“The delivery of the first complete PC-24 Belly Fairing shipset in just eight months after contract signature in April this year is a very significant milestone that demonstrates the capabilities and performance of Strata. We are extremely satisfied and we look forward to continue to strengthen the relationship with Strata and the UAE in line with the Vision 2030. We are today launching the second PC-24 composites package and we look forward to receive the First Article from Strata in 2019,” added Roman Emmenegger, VP Manufacturing at Pilatus Aircraft Ltd.

In February, Strata celebrated the delivery of its first shipset of belly fairings for the PC-24, which is specifically engineered to take-off and land from unpaved runways with incredible short-field performance. The extended agreement between the two companies marks the next step in a long-term alliance aimed at delivering holistic production of the complete PC-24 composite shipset requirement in the UAE.

Strata works with leading aircraft manufacturers, including Airbus, Boeing, Leonardo, and Pilatus. Based at Nibras Al Ain Aerospace Park, Strata supports the development of a leading aerospace hub in Abu Dhabi as part of the emirate’s economic diversification initiatives. The homegrown manufacturer employs more than 700 people of 30 different nationalities – with more than half of its workforce being represented by Emirati nationals.

Strata Manufacturing PJSC (STRATA) is a composite aero-structures manufacturing facility based in the heart of Nibras Al Ain Aerospace, Al Ain, United Arab Emirates. The company was established in 2009, with production beginning in 2010. Strata has partnerships with the world’s leading aircraft manufacturers such as Airbus, Boeing and Leonardo-Finmeccanica Aero-structures Division as well as a Tier one supplier to FACC AG, SAAB and S.A.B.C.A.

Strata is wholly owned by Mubadala Investment Company PJSC (Mubadala), the Abu Dhabi-based investment and development company and is part of the Aerospace, Renewables & ICT platform that aims to advance the development of a leading aerospace hub in Abu Dhabi.