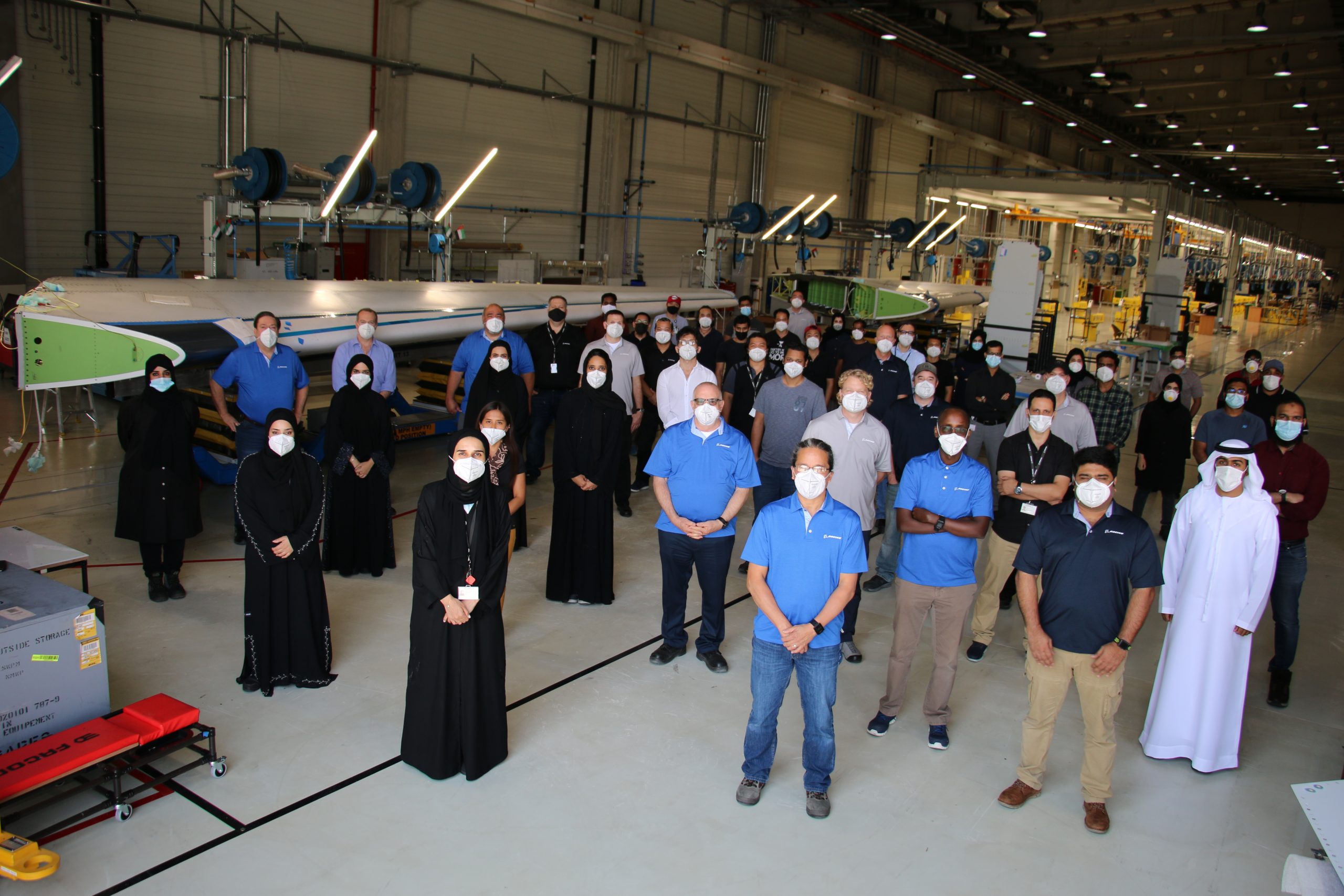 The delivery, which underpins the Al Ain-based manufacturer’s evolving industrial and engineering capability, marks the first 787 vertical fin completely assembled outside of Boeing’s facilities in the U.S. The vertical fin will be installed on 787 fuselages at Boeing’s North Charleston facility in South Carolina beginning early 2021.

“As a pioneer in the UAE’s manufacturing sphere, Strata’s growth strategy is anchored in the continued expansion of our manufacturing capabilities, so it is timely that we are celebrating the delivery of this significant UAE-assembled part on the occasion of our nation’s anniversary,” said Ismail Ali Abdulla, CEO of Strata.

“This significant milestone highlights Strata’s success in replicating Boeing’s capabilities, reinforcing the strong partnership between our respective entities, and enhances Strata’s position as a trusted partner across the global aerospace supply chain,” added Abdulla. “The strength and depth of our partnership has also enabled us to work closely to expand our engineering and manufacturing capabilities, and navigate through the challenges imposed by the COVID-19 pandemic.”

Bernie Dunn, president of Boeing Middle East, North Africa and Turkey added, “In 10 years, Strata went from a concept on paper to a Tier One composites supplier to Boeing, and the first in the Middle East. Strata is an important part of the UAE’s aerospace vision, in particular the country’s focus on establishing a sustainable manufacturing base. With each success, Strata expands the country’s aerospace capabilities and global positioning. Congratulations to them on this great milestone, and we are looking forward to our continued partnership.”

Earlier this year, Strata announced the creation of Strata Plus, an expansion of its facility at Nibras Al Ain Aerospace Park dedicated to Boeing’s 787 vertical fin assembly operations. So far, assembly has also commenced on an additional five 787 vertical fin shipsets.

The Strata 787 vertical fin production line is run by 47 technicians, inspectors and engineers, of which 40 per cent are UAE nationals. Additional people are due to be on boarded to support future growth plans, with an aim to have 75 full-time staff by the end of 2022.

Boeing and Strata’s relationship began in 2011, when the US aviation giant first contracted the UAE manufacturer as a Tier 1 supplier to produce the parts for Boeing’s 777 and 787 airplanes. Strata remains Boeing’s first direct composites supplier in the Middle East region. Today, Strata is responsible for manufacturing Boeing 777 empennage ribs and Boeing 787 vertical fin ribs, in addition to manufacturing composite empennage ribs for Boeing’s new 777X airplane.

Based at Nibras Al Ain Aerospace Park, Strata supports the development of a leading aerospace hub in Abu Dhabi as part of the emirate’s economic diversification initiatives, and works with leading OEMs including Airbus, Boeing, Leonardo and Pilatus.